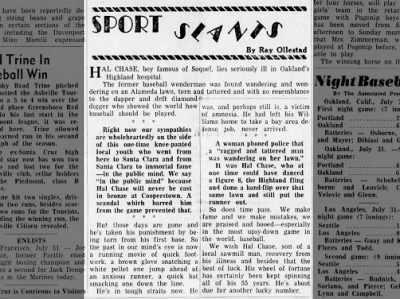 2 Replies to “From the archive: 25 years after Pete Rose, Hal Chase’s story is bleaker”