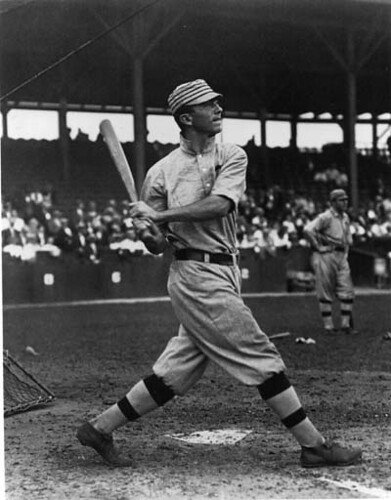 What he did: Before Babe Ruth, the closest thing to a fearsome slugger in baseball was Home Run Baker.

The Hall of Fame third baseman and Deadball Era star, born Frank Baker, earned his nickname a decade before Ruth essentially made a mockery of it. Where Ruth hit 40 or more home runs 11 times, out-homered entire clubs early on, and managed 60 homers in 1927, Baker never hit more than 12 long balls in a season. In fact, Baker led the American League in home runs from 1911 through 1914 with 42 combined.

Why: This post is based around a simple question: Could Home Run Baker actually have hit home runs in a different era? I think so. Baker hit a softer ball than what Ruth faced in the 1920s and seemingly would have benefited playing his prime years in any generation past his own. Thus, I plugged Baker into a system to take him beyond his era.

Baseball-Reference has a tool that can factor how a player might have done for any team in any year. I first became aware of it after I devoted this column to Ken Griffey Jr. three weeks ago, and I’ve played around with it some since, using it for last week’s column. The tool’s a nifty feature for one of my favorite Web sites, even if I doubt it’s 100 percent accurate or that it can offer more than a simple numerical, formulaic look without any regard for the intangibles that make a baseball season what it is.

I checked how Baker’s numbers would rank for the 1999 Rockies, who had four men with more than 30 home runs. At least according to the stat converter, Baker wouldn’t have been one of those men, although his 1913 season translates to 18 home runs, 205 runs batted in, and a .413 batting average, all career highs. Regardless of what any algorithm says, though, my guess is that Baker could have topped 30 home runs playing in recent years, what with the livelier balls, diluted pitching, and chance to confer with Jose Canseco about steroids. It’s a long shot that Baker gets to keep his nickname, though.

Now of course, if Babe Ruth had played his entire career for the 1999 Rockies, the stat converter says he would have hit 75 home runs for his 1927 season, batted over .400 six seasons, and finished with 906 homers and a .386 lifetime average. There may be a related post of just how many players could have hit over .400 for the 1999 Rockies (I’m thinking somewhere in the hundreds), but I’ll save that for another time.

Any player/Any era is a Thursday feature here that looks at how a player might have fared in an era besides his own.