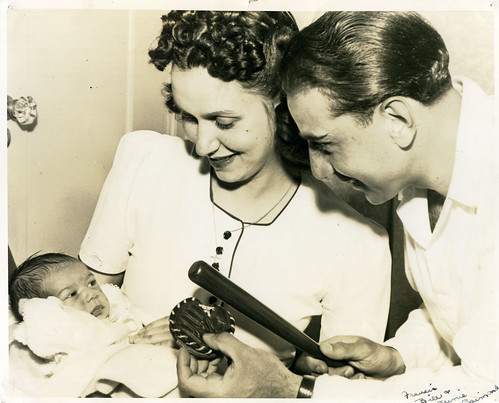 Billy Raimondi didn’t have World Series rings, millions of dollars in career earnings, or a single day of Major League Baseball service. What Raimondi had, when he died on October 18 in Alameda, California at 97, was family: A wife of 72 years, a sister, three children, eight grandchildren, and 13 great-grandchildren. Raimondi’s love of his family defined him, and it may be one reason he ranks among the best catchers in Pacific Coast League history and has a spot in its Hall of Fame.

Raimondi had been in declining health for some years. His son William E. Raimondi of Alameda said in a phone interview on Sunday that his father was admitted to the hospital on August 25 with internal bleeding, was released two days later, and was admitted the following week with a respiratory problem. He was sent home on hospice care and spent his final seven weeks bedridden. “His mind stayed strong but his body just couldn’t last,” Raimondi said.

Asked what he’d remember about his father, Raimondi said, “The most important thing is probably the devotion he had to his family and to his mother and brothers. He had a very close family, and I think one of the reasons he was very happy to never play in the big leagues was that he was able to play in Oakland where his family was.”

Born William Louis Raimondi on December 1, 1912 in San Francisco, Raimondi grew up in Oakland and attended McClymonds High. When Raimondi was 17, his father was struck and killed by a motorist, making him a breadwinner for the family. He signed with the Oakland Oaks of the PCL in 1931 and played 21 seasons in the league, all at catcher. Lifetime in the minors, he hit .276 with 1,937 hits, and the book Gold on the Diamond said Raimondi was an All Star 16 times and played more seasons in the PCL than any other field player in league history.

Retired MLB scout Ronnie King saw Raimondi play in the 1930s when he was the visitors bat boy for the Sacramento Solons. King told me, “When he caught, he never dropped the ball, he threw people out, and he called a good game.” Bob Usher played with Raimondi on the Los Angeles Angels in 1952 and 1953 and called him a “great teammate and [an] inspirational ballplayer. He kept the clubhouse going pretty well and was a friend to everybody, and all the teammates loved him.”

At different points, Raimondi played with three of his brothers, Al, Walt, and Ernie (who died in action in World War II.) PCL historian and memorabilia collector Mark Macrae met Raimondi in the 1970s at get-togethers for the Oakland Old-Timers Association. In a phone interview on Sunday, Macrae said, “I think Dick Dobbins put it best in his book when he compared the Raimondi family to the DiMaggio family, and how he did that was he said, what the DiMaggios were to San Francisco baseball, the Raimondis were to Oakland baseball.”

A natural question is why Raimondi never played in the majors. About six months ago, I interviewed Raimondi at his home in Alameda, with his wife Francis and their daughter June, for a book I’m researching on his former PCL teammate, Joe Marty. I learned that Raimondi had a couple of chances to go to the big leagues, including with the New York Yankees in 1936, though he never left the PCL. King told me that many players in those days opted for the PCL where the season was longer and the pay often better. And prior to 1958, the majors did not exist west of St. Louis which would have kept Raimondi away from his family longer.

Raimondi’s son offered another possible reason his dad never made the jump.

“He had some doubt because he wore glasses, and in the big leagues they have more night games, and they have the higher stands where even the day games would have those shadows which made it difficult,” William E. Raimondi said. “But I’m pretty confident he would have (been able to play in the majors) because many of the people he played with made it to the big leagues, and many of them have told me that my dad could have played.”

The Oakland Tribune stated that services for Raimondi will be held on October 30, at 11 a.m. at St. Philip Neri Catholic Church in Alameda.